Websites I have built

Setting up Clean Urls for Drupal 7 on Ubuntu 14.04 on Digital Ocean

Websites I have built

Below is a selection of the websites I have built or collaborated on, there are more, these are the most current. 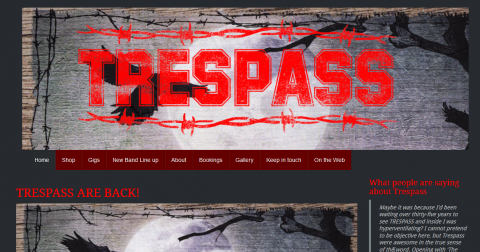 Trespass are a Heavy Rock/Heavy Metal band based in my home town of Sudbury Suffolk.

They should have been huge, at least as big as Iron Maiden, but somehow fate conspired that they never made it.

In 2013 I met the band and I created a facebook page to gauge their remaining popularity. The results convinced them to try again.

In 2015 I built this site in Drupal 7, Drupal Commerce and Bootstrap to sell albums and merchandise and create a following.

The project is ongoing and a successful gig in July 2015 has provided new impetus.

Greenpebble is the most complex project I have worked on to date.

The original greenpebble site was built in Drupal 6 and Ubercart 2, it needed updating, the UX for managing the site was less than optimal and the site could only sell to UK based trade and retail customers.

The fact that the site needed to sell to trade and retail customers both in the UK and abroad was the cause of the complexity.

The site was built in Drupal 7 and Drupal Commerce making extensive use of rules.

I built this in collaboration with Abbie Thoms of Polyspiral Graphics www.polyspiral.com

The site moved to Shopify in 2017 to save costs and because the latter service had introduced Business to Business transactions. 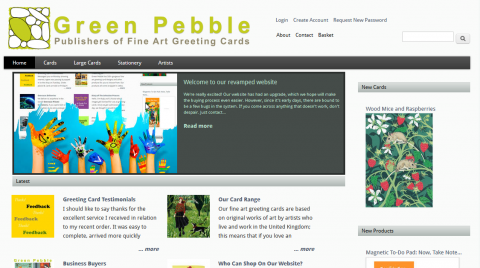 Out of Kontrol Productions 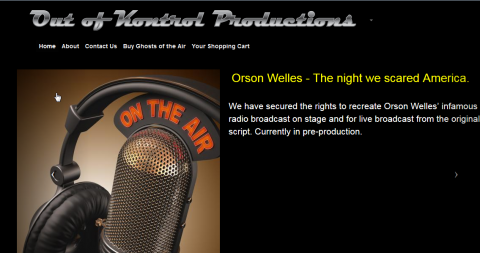 A Simple site in Drupal 7 and Drupal Commerce selling Audio Plays as well as acting as portal for the Production Company.

Link to this website :
Out of Kontrol Productions
Brainchild development

A Site dedicated to improving the behaviour and educational capabilities of Children.

Built in Drupal 7 with data capture into Mailchimp as well as delivering ebooks. The site will eventually sell complimentary goods via Drupal Commerce. 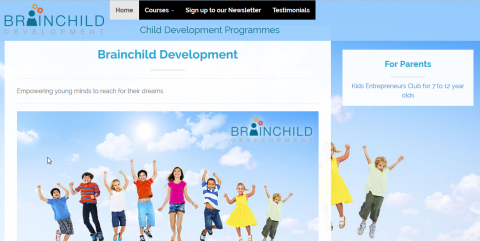 This is a website to support a campaign against a proposed Bypass in my home town of Sudbury Suffolk.

It was built in Drupal 8 using composer and has been updated that way ever since.

The site is a work in progress adding documents and pages of data as they become available or time allows.

It makes extensive use of Bootstrap to keep the theming simple (indeed since I am no Web Designer, it is built using a modified Bootstrap swatch). Paragraphs and Leaflet.

The site is proving highly useful for people wanting all the available data.

This website is written in Drupal 8 but without the benefit of a Graphic Designer aside from the Logo design.

The site uses Basic Core Drupal 8 with the addition of Webform, Bootstrap, Display Suite and Leaflet.

The site was built originally in 2016 and has been updated ever since. Some aspects like Leaflet and the use of other maps were initially challenging, but as the Leaflet module for Drupal 8 has evolved and stabilised it has become easier.

It is the Campaign Website for a local Cycling and Walking campaign to encourage Investment in the Off-road cycling routes in and around Sudbury, Suffolk.

Link to this website :
Stour Valley Cycling Campaign
Health Foods For You

This is a website built for the online presence of my local Health Food Shop. The work was done for Polyspiral Graphics with whom I have collaborated for a long time.

Built in 2018 in Drupal 7 and Drupal Commerce (Drupal 7 was only used because Stock Control was lacking until the last quarter of 2018). Payment processing is via Stripe.

It interfaces with the shops in store EPOS system, a system that did not actually lend itself to direct API integration. Instead it uses periodic updates of data from the website using SCP and consumes this data on a cron. Sales online send an email containing an image of the barcode for scanning plus quantity, customer details and shipping details to the shop staff for fulfilment.

Link to this website:
Health Foods For You
Assington Mill

Assington Mill is one of those jobs that comes out of a discussion over beer with a Drupal Friend at Drupalcamp London.

This was a migration from Drupal 6 to Drupal 7. The use of the Registration module and the need to take bookings including payment for Courses precluded the use of Drupal 8.

The site uses Stripe and has a few custom Rules Actions to enable automation of reminder emails and other missing actions. This has developed into a Library that has been used on Duck in Boots.

Sadly the business is in hiatus following the passing of the wonderful Anne Holden who ran the site. Maybe one day the business will find someone else to run it.

The beautiful design, rendered in Bootstrap using SASS was by Abbie Thoms of Polyspiral Graphics and Web Design

Link to this website:
Assington Mill
The Quay Theatre

I built this from a design by Creative Patrick.

The site advertises all the shows for the Quay and continues to be amended. It is quite high traffic for a local site and has resulted in online sales going from 10% to 65% of all ticket sales.

The event data is not entered into this site, but is collated on another Drupal 7 extranet site by the Quay Theatre management staff. When everything is finalised an event is set as publicised then is added to a RESTful JSON data feed that is consumed by the main site. This keeps the site extremely low maintenance and protects the data.

The site was built in 2015/6 in Drupal 7 with the Omega Theme using extensive SASS mixins given lots of repeating graphical aspects.